A beautiful opening prayer was given by Rev. Doo, Pastor of Las Vegas Family Church (FFWPU) followed by an Introduction to UPF by Mrs. Rigney. She showed the UPF Video and the first part of the Peace Principles. Comeisha Monica Lenoir was the moderator for the panel. Each person speaking about “Peace Starts With Me”.

Akira Watanabe, the Director of CARP Las Vegas, started the discussion with a passionate expression of the value of family and love of parents. He read a passage from Father’s Autobiography “What I learned when being carried on my father’s back.” He highlighted how important parental love is to the students he meets and how sad when there is separation. He hopes very much to be a good father to his children, and in this way, have peace start with him.

Sofia Schersei expressed her angst at growing up as a refugee from Afganistan, by way of Germany. She expressed appreciation for her religion of Islam, that it teaches love for family, the value of service and peace (she said anyone who does not live by peace is not Muslim). She said the service to others led her to meet Camp Anytown, which helped her immensely in accepting herself as an Afgan-American Muslim woman. She spoke of Camp Anytown, a project of the Interfaith Council of Southern Nevada. She said the camp can truly change young peoples’ lives, helping them to love themselves and to love others. She also is starting an Interfaith Youth group in Las Vegas. She said peace starts with her thru service.

Jerushia McDonald-Hylton spoke of the painful challenges of growing up in Las Vegas as not only partially white and partially African-American, but also as being moved by her mother to an all-white neighborhood, which meant she was harassed by both races. Jerushia spoke of her choice to overcome persecutions and to love others. She came to feel her power as a woman to help create a better world, by empowering women in the USA and also in Africa. Her conviction is that women hold the key to a better world because they are central to the love in a family and in a community. Jerushia expressed how significant it is that Rev. Moon chose Las Vegas as the place for the ‘Peace Palace’, and that out of the desert, God can do great things! She said peace starts with her by overcoming prejudice and helping others to overcome and have pride in who they are as a child of God.

Two people were appointed Ambassadors for Peace: Akira Watanabe and Sofia Schersei. They were both very appreciative.

The participants were a great blessing to everyone present. Because of the sincerity of the panelists, there was much heartistic sharing, following the talks.

Jerushia said “Let’s make Las Vegas the center of healing for the nation!” Comeisha Monica was very inspired. She said “Next time, we’ll fill the room!”  Leslie Rigney could feel how much Heavenly Parent worked to bring this event about, and did wish that more could have heard such great talks. 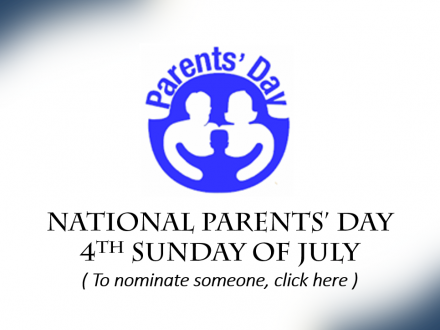